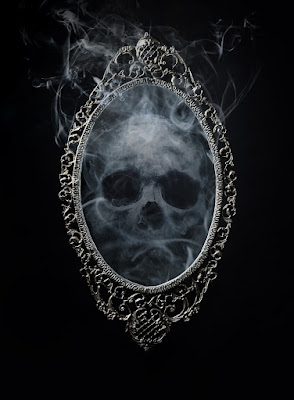 Beul Aithris Publishing is home to a fine array of authors involved in the paranormal is a variety of ways. From folklore to investigation to the ability to see beyond the 'normal' sphere of existence, we certainly offer a well-rounded selection for those looking to dip their toes into the otherworldly for the first time and not quite sure where to begin. The books by these authors literally do offer something for everyone. And as well as penning fantastic books, of late quite a few of our authors have been rather busy - here we take a look at what they've been up to.

Since 2017, Gregor Stewart, Ryan O'Neill and Alister Reid have published four titles with Beul Aithris: Ghosts Of Scotland , Witch Memorials of Scotland (Gregor Stewart), The Unseen World: Afterlife Research (Ryan O'Neill) and The Haunted Scotland Cookbook (Alister Reid). They can regularly be founded investigating haunted locations around Scotland, or at their HQ in West Wemyss, Fife, where they also happen to house a large collection of haunted objects, including a number of dolls.
Of late, however, regular viewers of the Really channel will have gotten to know Ryan as one of the investigators on the new series Spooked Scotland alongside Evelyn Hollow (perhaps also familiar to listeners of Danny Robbins podcasts The Battersea Poltergeist and Uncanny), medium Chris Fleming and presenter Gail Porter. The show takes in a number of Scotland's haunted locations, from Brodick Castle on Arran, The Tron Theatre in Glasgow and Edinburgh's haunted vaults, to name a few - and it makes for terrifying watching. Spooked Scotland is on at 9pm on Really every Friday and is also available on catch up on Discovery.
Keep up with Scottish Paranormal on their Facebook group, and with Ryan on the Haunted Scotland page.

A prolific writer of Irish folklore, Ann Massey is the author of Dark Emerald Tales: Folklore, Legends, Dark History and Hauntings of Ireland. As well as being a purveyor of some of the scariest folklore and legends in the world (it takes some beating to top the likes of Dullahan), Ann is also Ireland Editor for the Spooky Isles and runs the Dark Emerald Tales blog.
When not writing, Ann is also active as a paranormal investigator with Irish Paranormal Investigations, which have carried out investigations from New York to many of Ireland's famously haunted sites, as well as investigating private homes subjected to a haunting. Ann has also featured as a guest on a large number of podcasts, including GhostÉire and The Shadow Initiative and has featured on Discovery's Destination Fear, investigating Spike Island in Co.Cork.
Keep up with Irish Paranormal Investigations on Facebook and also check out their website.

Chicago native Rick Hale has been very busy of late. He has previously published his memoirs as a ghost hunter Behold! Shocking Tales of Terror...And Some Other Spooky Stuff (2018) and Bullets, Booze & Babes: The Haunted History of Chicago and Illinois (2020) with Beul Aithris and his third title with us, Ghost Watch, is due to be published this Hallowe'en.
With Stephen Lancaster, Rick presents The Shadow Initiative podcast, from which his segment, Ghost Watch, a tribute to legendary ghost hunter Peter Underwood, has recently become a podcast in its own right. Rick has also been a guest on several other paranormal podcasts and also writes for Paranormal Study and has previously contributed to The Spooky Isles. The Shadow Initiative will soon be coming to TV.
Listen to Rick Hale's Ghost Watch.

From Oregon, William Becker is a psychic medium and coach with a gift for seeing beyond every day experience. His book,  In The Footsteps Of My Forebears: A Psychic's Journey Through Time (2020) recounts his  journey to his ancestral homeland and the family spirits he encountered.
He is medium and coach with Paranormal Insights through which, he runs workshops. Keep up with his work by following his Facebook page.