As a child I was fascinated by my parents and grandparents tales of what I called the Olden Days. I was given eyewitness accounts of amongst other things, the 1914 Christmas Truce, the General Strike and the Blitz. And what had made these stories lodge in my mind was their human perspective.

At the age of eleven, for example, I only had the vaguest understanding of the causes of World War One but I did know that on Christmas Day, 1914, my Grandad and his mates climbed out of their trenches and walked into No-Man’s-Land.

His stories (and those of my Nan, my Mum and Dad) began as entertainments to while away wet afternoons in the days before daytime T.V. Their importance as my first encounters with Story didn't become obvious until years later when I took part in a writing project based in Lancashire Archives. I'd assumed (before the project began) that the archive itself would consist mainly of Birth, Marriage and Death Certificates and other official documents. I couldn't have been more wrong.

There were Last Wills dating back as far as the sixteenth century, postcards sent from France during World War One, records of the local assizes, music hall programmes, a thirteenth century almanac, Guest Books from Theatrical Boarding Houses (Very many thanks, sincerely Harry Houdini) and the one that grabbed my attention – the Patients Ledger, Lancaster Asylum, 1890.

I opened it at random. There was a full page report: a name, an age, a description of the patient’s condition on admission – Imbecile – a record of his stay and in the top left corner, his photograph. And because he was looking straight at the camera, he now seemed to be looking at me. I turned the page to find a brief account of his sudden deterioration and death the following year.

I turned over to the next page. Above the name and condition – Melancholia - were two photographs. One of a smiling girl wearing a straw bonnet decorated with flowers. The other of an almost fleshless face framed by lank hair. It was mentioned in passing that she'd been force-fed daily.

Before this I’d seen archive material as nothing more than a research tool. The thought that it could act as a primary stimulus had never occurred to me. I started writing. Six poems about the patients in Lancaster Asylum came in as many days. I hadn’t written so much in the last six months. And these were followed by another thirty on a wide variety of subjects. They weren’t all prompted by the stories I’d heard as a child. Just the overwhelming majority.

The archive material had not just given me a starting point, it had reminded me of why I started writing in the first place. It wasn’t for money or fame – though I wouldn’t turn my nose up at either – it was because I felt passionately and wanted to express that passion through words. It had reawakened in me a point of view that apparent cynicism had all but totally obscured. And of course, the apparent cynicism was just my cover story.

The simple truth was that I hadn't written anything for over six months. The result was that I became very depressed and convinced that the rest really was going to be silence. Now, suddenly, the words were flowing and the poems more or less writing themselves.

I compared notes with other writers on the course and they all told the same story. Not only were they suddenly writing more, the quality of their work was, in many cases, better than it had ever been. Which got me thinking.
Usually, when I need information I google in a few key words and see what comes up. If I want to know about conditions in nineteenth century asylums, I can access, almost instantly, dozens of eyewitness accounts as well as extracts from official reports, annual death rates etc. Or I can do what I actually did.

I can go to the main archives and look at the Record Book for the year 1890. I can feel the weight of it. If I press my face close enough to the pages I can catch a whiff, even if it’s only imaginary, of carbolic. The same smell that would have filled the wards. I can look into the eyes of the inmates and imagine their lives all the more vividly.

I think I'd fallen into the error of thinking because I was now a published writer, I needed to concentrate my attentions not on those things I wanted to write, but on the things I felt I ought to write. I'd been deliberately suppressing anything that wasn't worth my attention -which of course was everything in the end.

So, by all means, seek out gaps in the market, sit down and plan out a strategy – I do both – but write your passion, craft it, publish it, market it and hope it sells. No matter what else, write what you love to read.

And if, like me, you find yourself blocked, apart from the writing exercises to loosen you up, go to primary source material (old letters, diaries, news clippings etc.) and just start reading until something grabs your imagination. You'll know when it's happened because nothing else you try to read after that will go in
.
Try this now: In your search engine type ARCHON – this will then give you the location of every archive in the UK, plus related archives in other parts of the world including the two hundred and seventy five to be found in the United States. Find your nearest archive and visit it.

Quick Tip: Don't just go in and ask if you can have a browse. The material in archives is stored and can only be initially accessed by archivists so when you go, have a specific area you want to look into. Phone or e-mail in advance and find out what their system is. One very good way to start is to see if they have back copies of local newspapers. If so, pick a month and a year and start reading through. You'll find something. I guarantee it.

From Badgers to Bunnies and Waterstones!

Back in service after being a wee bit ill! A lot has happened over the last month and a bit here at Beul Aithris, that it's hard to know where to begin, but it's all brilliant.

First of all, From Badgers To Nighthawks: Adventures of a Wildlife Ranger by Malcolm J Ingham, has been a runaway success and getting very good responses. Readers have said it is very well written and that they feel transported to the locations Mal describes. The book has definitely not failed to capture people's emotions. All reviews on Amazon thus far are five stars! Congratulations Mal! Keep up with Mal and his wildlife cameras on Twitter by following @ingham_mal 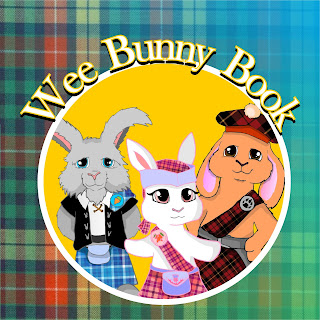 For fans of all things bunnies and superheroes in Dundee, Wee Bunny Book author Elaine May Smith will be WH Smiths in Murraygate, Dundee from 11 am to 4 pm on Saturday 29 June doing a book signing. Well worth a visit if you have wee readers needing entertained at the start of the Scottish summer holiday. Keep up with Elaine at her website click here.

On the retail side, the new online bookshop has been a success and is ideal for those who prefer to buy directly from a small press. To visit the shop click here. Another exciting development is that for some titles, Beul Aithris' reach has expanded. From Badgers to Nighthawks, Wee Bunny Book and also Dark Emerald Tales by Ann Massey O'Regan and This Isle is Full of Monsters: Shakespeare's Audiences and the Supernatural are now available at Waterstones in the UK, Barnes and Noble in the US and some other major book retailers. The next stage will be looking to bring titles to independent bookshops and other smaller, specialist retailers. If you are an independent bookshop or stock books amongst other items in your shop, and are interested in stocking some of our titles, feel free to get in touch at info@beul-aithris-publishing.com

And as always, great plans are ahead for autumn and  Beul Aithris' third Hallowe'en, with a folk horror novel, a guide to witch memorials and what is thought to be the first Paranormal Cook Book.