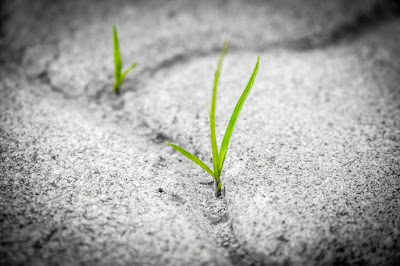 This was first published in UK Writer in 2009 and is about my first steps in children’s writing and all the mistakes I made. You might find it of some interest!

The two Poets referred to, Pete Morgan and Matt Simpson, are sadly no longer around and this piece is dedicated to their memory.

It all started more or less by chance. I’d been teaching English for seven years  and had just had my first pamphlet of poems published. I’d been booked for a  reading funded by the Poetry Society and was sent the then standard questionnaire to complete.. In the ‘Further comments’ section I said that I’d be interested in joining the Poets in Schools scheme. This was funded by WH Smith and a school got two poets for two days for free.

A year went by and one day I got a call asking me if I’d like to work with the Poet Pete Morgan in a comprehensive in Egremont up in Cumbria. I already knew Pete and respected him so no worries about getting on with my co-worker. All I had to do was get time off school to go. No problem there either. THAT woman had been Prime Minister for only three years, unions were still a force to be reckoned with and the only people who ‘delivered’ were the Post Office and the local milkman.

I offered to give up my next 16 free periods and run a bookstall at the Christmas Fair and the unpaid time off was granted. In those days schools were still being run by teachers, so sense and reason often prevailed.

I learned a lot. Pete was a joy to work with. The children were primed and the teachers all knew poetry mattered, were incredibly supportive and no one used the word ‘text’ to describe a poem. Our job was to go in and get the children writing poetry. And they did. Reams of it and it was good. .

The only disappointment, apparently, was me.  The children didn’t think I looked like a poet. It was my first booking so I’d actually had a haircut and was wearing my best jacket and a collar and tie. I didn’t make that mistake again.

I carried on with the Poets in School scheme until it was finally wound up. I can’t remember the official reason WH Smith gave, but I suspected that some accountant thought it wasn’t profitable and was therefore worthless. I was sorry to see it end, but it had helped me in a number of ways. I was now getting enough work from schools to be able to change from full-time to part-time teaching and I’d started writing for children myself.

Usborne Books had asked the Poetry Society for a list of poets who might want to contribute to a new anthology of poems for children. And it wanted new poems, not reprints of work
by people who’ve been dead long enough it isn’t necessary to pay anyone to reproduce their work.

“Writing poems for kids,’ I thought. ‘Easy.’ I rattled off half a dozen verses and tried them out on some eight-year-olds. It was a sobering, painful experience. They told me my poems were ‘boring’. They were right. They were preachy and had no emotional impact. I’d settled for the ‘It’s worthy...that’ll do’ school of writing.

I phoned the Poet Matt Simpson and we talked for a good hour or more. He reminded me that all really good poems ‘should recreate an emotion or an experience for the reader’ He suggested I forget trying to write for children and just write what came to me instead. ‘And avoid contemporary references,’ he said. ‘They date your work.’  Sound advice.

I was back in school the following day and while on break duty had to separate two 14-year-olds who were half-killing each other behind the bike sheds.

One kept saying: 'I didn’t mean to hit him Sir, I was just messing.'

That phrase stayed in my head and when I got home, I sat down and wrote:

Four more verses wrote themselves. It was about as far away from a worthy poem as you could get and, to my amazement, was accepted. Teachers have since told me that its very grimness has given them starting points for discussions on cruelty and how it often grows out of ignorance and emotional carelessness rather than an intrinsically evil nature. 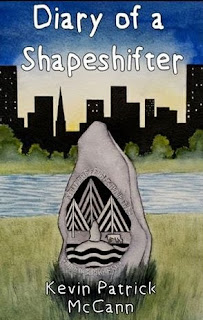 With that advice in mind, I stopped talking at children and began talking to them. I discovered that the trappings of our respective childhoods were different – when I was a kid TV was black and white, computers existed only in sci-fi films etc. – but there were constants:

·         We’d all been worried about the fluff monster that lurked under the bed.
·         The death of a family pet was devastating.
·         Being the new kid was no fun at all.
·         We didn’t like bullies.
·
My poems began to change. I wrote about ghosts, a pet dog that ‘bites the heads off rats’ but at night pillows your head and guards you ‘from the Gloom’. I wrote about how lousy it felt to be bullied because you were overweight and how you were overweight because you were bullied. It was liberating to find that I could write poems for children that I could be proud of as poems.

I found that writing poetry isn’t just fun; it can be so much more than that. Over and over I’ve seen under-achievers begin to shine as they discover that problems with spelling etc. are no bar to the imagination.

The notion that there are no wrong answer in poetry had a real and positive impact on children who usually gave up before they’d even started because they were convinced that they were bound to fail and, therefore, there was no point in even trying.

In one school where I worked for three consecutive terms running an after-school poetry club, a boy with learning difficulties improved his reading age by four years in two terms. And that wasn’t down to me. I was merely a vehicle. It was the profound effect of poetry itself.

Given a writing exercise, an adult will often ask, ‘What’s the point of this exercise?’ Children will write for the best reason there is: the joy of it.Adults want their work to ‘say something’.

Children will just write. If their piece has an implied subtext, all the better, but they rarely set out to make a point. They just write what comes. I remember one girl writing a poem about Mars. She described the surface as  looking like ‘a crumpled duvet.’ Her last two lines read:

On Mars everything’s red.
Even the silence.

I’d sell my soul for an image like that!

When I asked her how she’d thought of it, she adopted a long-suffering air – she was eight – and said: “I didn’t think of it. It just came to me.” Then she paused and added: “It was inspiration.”

In 1991, I finally left teaching altogether to write full time. I thought I’d continue with schools for a few more years at most. I imagined that it would only be matter of time before I was headlining literary festivals and appearing on telly. The airs and graces we give ourselves! Eighteen years on, I still visit schools and still love it.

I’ve had some bad experiences, but they’ve always been with ‘project facilitators’ who’ve seen schools work as either a nice little earner or a springboard into some publicly-funded sinecure. I’ve met a few – a very few – bad teachers. The majority have been hard-working, dedicated men and women doing an excellent job despite outside interference.#

And what about my own writing?

I still write and publish poems, both for adults and children. One feeds the other. I’ve started storytelling (long saga – some other time), just finished my first novel and have several schools visits lined up – to prepare I’ll be reading pirate stories, Welsh folktales and researching ecology.

Of course, I could have stayed in teaching, been financially secure and now be looking forward to retiring – but then again, I write poetry so have no sense at all.

From Badgers to Bookshops 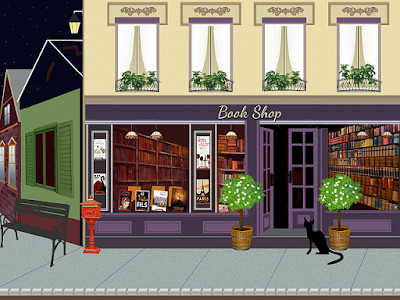 Quite a lot is going on behind the scenes here at Beul Aithris: if anything, it's safe to say an exciting transition of growth and expansion is under way!

Next month sees the release of the highly anticipated From Badgers to Nighthawks: Adventures of a Wildlife Ranger by Malcolm J Ingham. The final touches and checks to the manuscript are on the go at this very moment, and there have been several enquiries as to when it will be released! The answer to that is April 19, with a projected print price of £10.99. It will of course be available online - you can get your very own copy from the Beul Aithris Publishing bookshop, as well as Amazon in print. It will also be available as an eBook from Amazon Kindle, Kobo and other digital platforms, price to be confirmed. Work is also underway to get it to traditional bookshops, along with some other Beul Aithris titles.


Another title out much later in the year, but one to look forward to is Daniel Nicholas Cobban's The Demon of the Well. This is the first full length novel to be published by Beul Aithris, as well as Daniel's debut novel. Focussing on the legend of Peg O'Nell, it's a fantastic read, not to mention absolutely terrifying - definitely one for fans of horror and supernatural fiction.

Finally, another thing that will hopefully be starting soon will be the appearance of guest blogs showcasing the work of Beul Aithris authors and others.