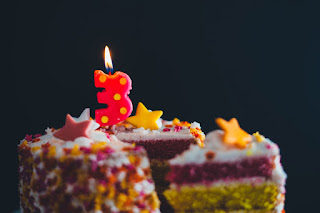 It is exactly three years since Beul Aithris Publishing officially opened for business, and what a three years it has been. A grand total of 17 books have been published in that time, and it has certainly been a learning curve.


The initial aim of Beul Aithris was to produce titles along a paranormal, supernatural and folklore theme, though there have been some interesting and worthwhile deviations off this, which shows it is good to have a mixture of titles for readers to enjoy.

The spooky and otherwordly has been delivered in spades, taking us from Shakespeare's supernatural world, Irish folklore, Scottish folklore, Weegie ghosts, terrifying water spirits, memories of adventures in paranormal investigation  in Scotland, England and America, things to consider in understanding the paranormal and of course some spooky recipes. In the less scary realm, we have had children's poetry with an edge, superbunnies, comic wee dugs and the mesmerising adventures of a wildlife ranger. It's safe to say that all authors who have worked with Beul Aithris are a wonderfully talented bunch - and there is more to come both from those already published and those about to make their debut.

Feedback from readers is a good way to guage how well books have been recieved, and a look through Amazon reviews alone doesn't disappoint. We even have positive reviews in the Fortean Times, as well as in children's literature. But what do the regular readers, who have invested their own money for a good read, think of Beul Aithris titles. Here is just a quick overview!

Going back to one of the earliest releases, the Wee Bunny Book by Elaine May Smith and Alison Stell, there are five star reviews, with readers saying how much their family loved it and that it's an enjoyable tale.

More recently published, This Isle is Full of Monsters: Shakespeare's Audiences and the Supernatural by Jon Kaneko-James is described by reviewers as a thouroughly researched book that doesn't assume prior knowledge of Shakespeare, introducing readers to the early modern world with plenty of examples and also being informative, educational and entertaining.

One of the more recent releases, Daniel Nicholas Cobban's The Curse of Peg O'Nell - or - The Demon in the Well has seen him compared to the Brontës, leaving readers simultaneously terrified and desperate for more after an unputdownable read.

Dark Emerald Tales by Ann Massey has several people in awe of her skill as a folklorist: she is one of the foremost contemporarywriters in the field of Irish folklore. She too has left people terrified with her tales, but also thoroughly educated in the basics.

Gregor Stewart's Witch Memorials of Scotland has been described as an important book on Scottish witch persecution, while his team mates have also recieved positive feedback. Readers enjoyed the concept of linking recipes to hauntings in Alister Reid's The Haunted Scotland Cookbook, while others enjoyed being challenged by the concepts put forth in Ryan O'Neill's The Unseen World: Afterlife Research.

From Badgers to Nighthawks: Adventures of a Wildlife Ranger by Malcolm J Ingham has proved an immensely popular title, described as a must read. Several readers have now been riveted by his tales, from nursing his first injured wild bird (read it to find out what bird!) as a young boy to transporting Nighthawks around the globe, his invaluable work with badger rehabilitation and collaring those who would do evil to these cracking creatures, his foxes and various other fauna.

To be honest, we could be here quite some time going through every single title, but hopefully that provides a nice overview of what people have enjoyed and maybe prompt you to check out these and other titles if you have yet to do so. Details of every single book can be found in the Books section.

Thanks to all the authors, resident art dude Mark Hetherington and everyone who has supported Beul Aithris - here's to the next three years!