Today is the day of what could be a paranormal first - the reveal of the long awaited paranormal cook book first announced over a year ago!

Brains have been racked and it seems that nothing like this has ever been done before, so Beul Aithris is pretty excited to be the first.

The "Haunted Scotland" Cookbook by Alister Reid is the second in the Scottish Paranormal series, the first being The Unseen World: Afterlife Research by Mr Reid's team mate, Ryan O'Neil.

The Cookbook features recipes that are themed around hauntings and is sure to be one to get the taste buds going to the extent the spirits may wish they were corporeal in order to enjoy the resulting food.

As well as being a paranormal investigator, Alister Reid is also a highly experienced chef, who owns the West Port cafe in Cupar, Fife. So you are very much in good hands here. 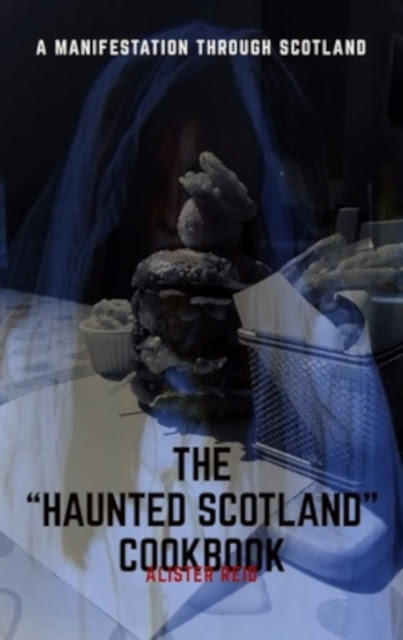 The "Haunted Scotland" Cookbook will be out in time for Hallowe'en