Our latest book, Ghost Watch by Rick Hale, has just been released. Read an extract below to whet your appetite:

The White Witch of Rose Hall


There is a place in Montego Bay, Jamaica that is feared by both locals and visitors alike. Those who work at the house and neighboring resort will flee as soon the sun dips below the horizon. Simply put, they fear for their lives and their immortal souls. It is the former mistress of Rose Hall Great House who they fear. She is the White Witch, Annie Palmer, who is said to ride forth on her black stead and carry souls off to hell.

Some who are familiar with the story of Annie Palmer and her despotic rule over Rose Hall, struggle with believing some of the stories told about her. They have trouble believing the tiny woman who stood a mere 4'11", could have wielded such power over the lives of hundreds of men and women.  But those who know of her believe her power didn't come from her size. Her power came from an unexpected source, black magic.

Annie and her family arrived in the colony of Jamaica and set up a sugar cane farm when Annie was only ten years old. Tragedy struck when her parents came down with yellow fever, leaving the poor girl alone in a foreign land, a land she barely understood. Annie's luck changed when one of the slave women, who was reportedly a Voodoo queen, adopted the girl and took her under her wing. The old woman taught Annie what she needed to survive, black magic.

As Annie matured, she became a beautiful young woman and at the age of 17, she married John Palmer a wealthy sugar cane farmer. Annie, appeared to have it all, a doting husband and the most beautiful house in Jamaica, Rose Hall. But, for whatever reason, Annie became bored with her husband and began taking male slaves as lovers. When her husband was away, she would sneak her lovers into her room through a series of hidden passages. According to those who knew of her affairs, reported she would sneak in several men a night.

Annie's practices almost came to end when her husband returned home early and found her in bed with one of her lovers. Angered by her betrayal, John Palmer flew into a rage and beat Annie to the point of death. However, Annie had her revenge. She allegedly killed her husband using a black magic spell and told everyone she knew her husband died from a heart attack. With John Palmer dead, Annie was mistress of the vast estate and ruled over it like a tyrant.

Now with her power over the lives of hundreds complete, Annie continued with her insatiable sexual appetite. She was said to take dozens of lovers from among the workers. And when she became bored of one, she slaughtered him after he fell asleep. The workers were becoming aware of what Annie was doing, and although they feared her, they conspired to rid themselves of her. Although they knew she was a powerful practitioner of Voodoo, they didn't care. They had had enough of her despotism.

One lover she took to her bed and murdered would prove to be her undoing. The young man was the intended son-in-law of a Bokor, a powerful magician in the Voodoo religion. When the Bokor discovered what had been done to his daughter's fiancé, he snuck into Rose Hall and confronted Annie Palmer. Annie may have been under five feet tall but she proved to be a fierce adversary. It was not until the Bokor used his own powers that he was able to subdue and kill the so-called White Witch. Sadly, the Bokor did not survive the battle.

Today, guests of the Rose Hall resort have claimed to had brushes with supernatural entities.  Some have reported seeing the ghost of Annie Palmer ride forth at night on a devilish black horse with fiery red eyes. It's also been said that nothing will grow around her grave, because whatever she touches, she kills, even in death. Nevertheless, the truly unnerving activity is said to happen in Annie's old house, Rose Hall.

Tourists and those who dared to stay the night in the old mansion, have reported truly hair-raising activity sure to unnerve even the bravest soul. The unmistakable sounds of a struggle are heard throughout the house. Including what sounds like a man and woman shouting at each other. Perhaps these are the sounds of Annie and her Bokor assassin engaging in their battle of magic forever recorded in the walls of Rose Hall.

According to legend, Annie engaged in activity that could only be described as inhumane. Annie practiced human sacrifice and the children of workers were the victims of this unspeakable act of cruelty. Perhaps this explains why the apparitions of small children are seen darting about the house as if they are still hiding from the monster who sought to end their tender lives. Accompanying these tiny apparitions is the sound of children weeping and screaming for mercy heard ringing throughout the halls and corridors of Rose Hall.

The haunting of this house of horrors wouldn't be complete without the White Witch herself. The scowling ghost of Annie Palmer has been seen stalking the halls of her house undoubtedly looking for victims for her deviant practices. She has further been seen standing on her balcony forever looking out over the island she terrorized over two centuries earlier.

The story of the White Witch of Rose Hall wouldn't be complete without something inhuman inhabiting the old mansion.  The Jamaican people believe in an entity called, the Duppy. Not only do they respect this inhuman entity, but they live in fear of it as well.

Annie Palmer was said to summon the Duppy from the spirit world and command the creature.  The White Witch used the Duppy to murder her many lovers and whomever she felt was a threat to her power and control. The shadowy beings have been seen lurking throughout the grounds of Rose Hall waiting for commands from their mistress, commands they will never receive.

To many outside Jamaica, the exploits of Annie Palmer, the White Witch of Rose Hall are nothing but myth. She is regarded by some as being nothing more than a boogeymen called upon to scare small children. Nevertheless, the Jamaican people believe she was more than just a dark folk tale. They know she did indeed exist and her power still reaches from beyond the grave. 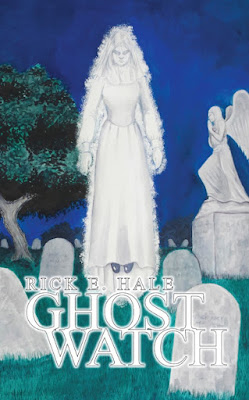