The Curse of Peg O'Nell - or- The Demon of the Well

Rather delighted to reveal the cover of our first novel, a spectacular gothic horror in time for Hallowe'en by Daniel Nicholas Cobban! Based on the legend of Peg O'Nell, it tells the tale of the village of Ingerley where Peg unleashes her vengeance in the late 19th century. The amazing cover art is by the official Beul Aithris Art Dude, Mark Hetherington. It will be available in print and Kindle via Amazon, and other eBook platforms in time for Hallowe'en! 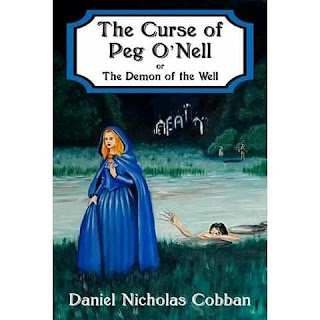 In a slight change to the Hallowe'en publishing schedule, Gregor Stewart's Witch Memorials of Scotland will now be coming out in the middle of November.