Malcolm J Ingham reflects on the move from wildlife ranger to writing. 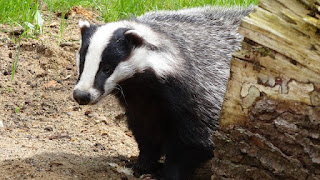 After spending the vast majority of my working life in the Ranger Service and being involved in conservation and wildlife rehabilitation, retirement when it eventually arrived was a jumble of emotions.  One a feeling of relief and escapism from my post of Head Ranger managing a large ranger service with its multitude of Country Parks, Nature Reserves and Sites of Special Scientific Interest (SSSI’s.) Even though I had been a Head Ranger / Wildlife Officer for many years, a couple of years prior to retirement my brief had changed dramatically from one of being very much hands on to a much more intense managerial role with not only more staffing responsibilities but juggling budgets, applying for grants and everything else that comes with overseeing the day to day management of a ranger service.

The second emotion was one of sadness in that my career was coming to an end, I had strived long and hard to become a ranger and when I eventually achieved my goal my life changed beyond anything I could have envisaged.  Even from a seasoned rangers perspective I had a dream job. Over the years I was involved in caring for and rehabilitating many species of wildlife from badgers, foxes, peregrine falcons, barn owls, swans and even a Scottish wildcat and a common nighthawk with the latter being flown out to Belize by the RAF for release.

I had rescued a lanner falcon from an Iranian ship and bobbed around in a rubber dingy trying to persuade a dolphin to leave the Manchester Ship Canal not to mention my experiences with a beached whale or collecting a grey seal and a European eagle owl from a police station plus being involved in the production of wildlife themed TV programmes and working alongside various well known celebrities of the time.  I had lectured and given presentations from as far afield as Inverness to the Isle of Wight on wildlife rehabilitation and worked alongside the police, RSPCA and the National Wildlife Crime Unit tackling and investigating incidents of wildlife crime with a particular emphasis on badger digging and baiting.

But now it was over! What was I going to do? My life had always revolved around wildlife and I couldn’t envisage a life without it.

On a few occasions over the years people had paused the question ‘when are you going to write a book?’ And at one point I did actually get around to making an effort to put my many stories onto paper but after a while I got out of the habit and filed a half completed manuscript to a cardboard box and forgot about it.

That is until one day when my pal Mike McCartney (formerly Mike McGear of the 1960’s 70’s Liverpool chart topping trio the Scaffold) asked the question “how’s the book coming along?” Obviously I had to admit that it wasn’t whereupon he gave me a kick up the backside and offered to read the draft manuscript when finished.

By this time my wife and I had moved to North Wales with a large, formal, landscaped, tiered garden and a patch of woodland to keep us occupied which, from the gardens perspective at least, we began to transform into a truly wildlife friendly haven.

In between tending the garden, bird watching, walking and generally exploring I took Mike’s advice and rooted out my dusty manuscript and re-read it, after which I binned it and started again! Once reasonably happy with my endeavours I sent it off to Mike who read it, made a few constructive recommendations and once again gave me the proverbial kick up the back-side to crack on with it.  To cut a long story short I eventually received an email from Mandy  inviting me to submit a synopsis and a few sample chapters for her perusal the outcome of which was that in April 2019 my first book ‘From Badgers to Nighthawks’ was published by Beul-Aithris Publishing with of course a foreword from Mike! It was the least he could do after all the chivvying and backside kicking and needless to say he got a freebie copy.

Signed of course by yours truly!

Despite all the chivvying and endless hours spent at the computer not to mention the never ending proof reading by my wife to see the finished product finally in print made every second worthwhile. But what next? I now had the writing bug and needed to feed my addiction. Could I write another book and if I did would it be published?

I had so many other stories to tell, not just from my past life as since moving to North Wales I had been dragged out of retirement by the police and the RSPCA Special Ops Unit to once again accompany them on warrant raids and to act as their prosecution expert witness. I was also involved in monitoring badgers and otters plus many other forms of wildlife and was acquiring some wonderful trail camera video footage of previously unseen species interaction such as a dog otter leaping out of the water to nip a badger on the backside!!

My material for writing a sequel to ‘From Badgers to Nighthawks’ was accumulating at a pace and as such began to draft a second manuscript and then Mandy paused the question, “have you thought about a children’s book?” To be honest the thought hadn’t crossed my mind but she had sowed a seed that slowly began to germinate into what was to become my second book ‘The Tales of Old Billy Badger’ published in December 2021 by Beul Aithris and beautifully illustrated by Mark Hetherington.  The idea was that it would be aimed at eight years and upwards and although a fictional story based off fact from my own observations it would also be educational.  The badgers and the otters, Casper and Shadow, aren’t merely figments of my imagination, they actually exist and roam the land and river of Garth Farm.

The human characters Mr Callum and Mr Harpur are real people albeit under different names even Moggy the cat and Nelly the sheepdog are real.

But what of the sequel to ‘From Badgers to Nighthawks?’ I’m working on it!! 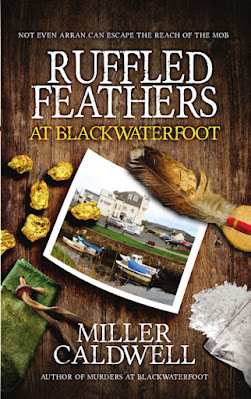