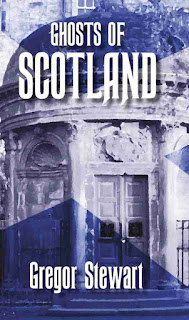 We have a second big announcement for the day

😀 We have been approached by Beul Aithris Publishing, a Scottish based publishing house specialising in the Paranormal and Folklore, with the idea of a Scottish Paranormal book! The proposal is that we would write about some of the locations we have investigated, including the history, and our experiences and thoughts on these investigations. It could be a fantastic opportunity to bring not just a detailed analysis of investigations to the reader, but information on the equipment we use and our methods, which vary from old school to high tech, including how they work. All going well, it might also be one of a series of books

:-)
Some of our team already have experience of working with Beul Aithris, they have published one of my earlier books, ‘Ghosts of Scotland’, and will be publishing Ryan’s new book, which is due out in October and is be sure to be a fascinating read covering his experience working in the paranormal field over the last decade plus. I also have a book due out with them for Christmas covering the witch memorials of Scotland and the witch trials associated with them, and Ally is currently working hard on a brand new type of paranormal book, which will be a tasty alternative to the other books already out there

;-) We will get the whole team involved in the writing of the Scottish Paranormal Book, with all proceeds going back into the team to pay for future locations and equipment to trial.
Think positive, work with and help others, and the opportunities will come

Gregor is fantastic author, with several books under his belt - his title with Beul Aithris is available  - details on the site.

Ryan O' Neill's book, The Unseen World,  is nearing the final stages of production and is a book that takes a more in depth look than others on the topic of the paranormal, which will give readers food for thought when it's released this Hallowe'en.  Meanwhile, chef Ally Reid's will certainly appeal to both culinary and ghost fans a like! The team book will be a valuable record of the work carried out by a paranormal team that is certainly on the up. Currently, Scottish Paranormal extensively investigate Balgonie Castle and another lively investigation was held at Bannockburn House, with more planned in future. Further information on Scottish Paranormal can be found at their site. 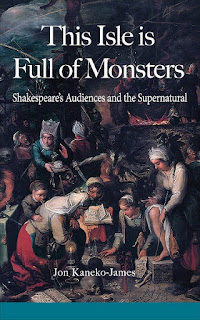 Another piece of good news is that Beul Aithris has featured in the Fortean Times book reviews for the first time, and it was a fantastic review. The recently published This Isle is Full of Monsters by Jon Kaneko-James was rated 4/5 and  was described thus:

This nice little book stresses that believers were a product of their time (which it analysises in an accessible way) not less intelligent than us post-Enlightenment types. And the tales of witches and the con artists who profited from them are terrific.

Jon's book can be ordered directly from Beul Aithris. It has also been getting some excellent reviews on Amazon and Goodreads, so highly recommended by readers! Jon also has his own blog (click here).

Finally, it won't be long until the publication of Dark Emerald Tales, an exploration of Irish mythology, folklore and hauntings from the mighty pen of Ann Massey O'Regan. She has previously contributed to the comic Wayward as resident folklorist, and is a regular contributor and editor of The Spooky Isles.

Ann also writes a blog, also called Dark Emerald Tales, where her work can be sampled (Beware the Dullahan!).

The other releases due out later this year include the aforementioned The Unseen World by Ryan O'Neill and Rick Hale's BEHOLD! Shocking True Tales of Terror...and Some Other Spooky Stuff, both released this Halloween. At Christmas, we should have Iain Ainsley's book on his work as a demonologist. Ian is part of Project Paranormal, and a team mate of David Barrett, who has previously published his memoir, My Life as a Scottish Paranormal Investigator, with Beul Aithris. Project Paranormal are also working on a very exciting TV series about their work.  And also, Gregor Stewart's aforementioned title on Scottish witch memorials will be out for Christmas.
Everyone mentioned has their own Facebook pages, so to keep up with them all, here is a handy pocket guide:

And Beul Aithris' own social media can be followed from the sidebar on the right!

WRITER'S BLOCK! Welcome to the first of many in our Writer's Block series!  Ann Massey is interviewing her fellow Beul Aithris Publ... 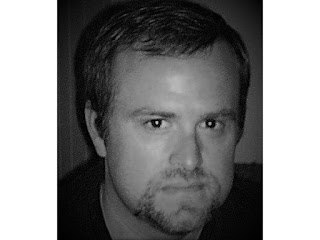