At The Crossroads & Other Supernatural Tales by Petula Mitchell 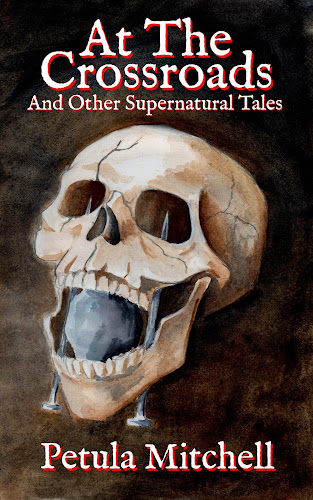 "The poor wretched soul had a broken neck, so he had concluded that she had been hung and buried here rather than being burned at the stake...."

Roundabouts are regarded as bad in general by most drivers, but this one is more malign than most, and that's only when it's being built. Perhaps a cross roads is best left alone. Then there is the aspiring guitarist who really does having burning ambitions, a supposedly abandoned Hebridean island, a lost child in a ruined abbey, the never-ending vestiges of the First World War, fishing trips with unforeseen consequences, instant karma and a few chances for last goodbyes. This is Petula Mitchell's first collection of short supernatural tales. They run the gamut from the downright terrifying to making you reach for a hanky. There are few writers of this strength continuing the tradition of the classic ghost story and also bringing it to the modern setting.

Available in ebook and print on Amazon

Buy from the Beul Aithris Bookshop

The Shop Is Staying Open

The news is full of new restrictions and lockdowns. This time, we are able to keep our online bookshop open. Reading has helped many people ... 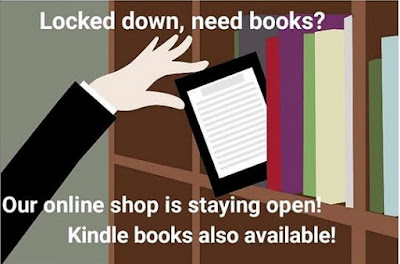